A ground-breaking historic free trade deal between Turkey and the UK that provides vital certainty for businesses and protects thousands of jobs in both countries is excellent news says Sanmar Shipyards, which has delivered a total of 24 tugs to UK operators.

The trade deal, which came into force on 1st of January, secures existing preferential tariffs between the two nations following the UK’s exit from the EU and, even more importantly, lays the groundwork for a more ambitious UK Turkey free trade relationship in the near future.

Sanmar builds technologically advanced tugboats to state-of-the-art designs at its purpose-built shipyards at Tuzla and Altinova in Turkey and recognises the UK as a vitally important market.

Commenting on the announcement, Ruchan Civgin, Commercial Director of Sanmar, said: “This is excellent news. We are delighted that this deal has been done and are excited at the possibilities that the prospect of even closer ties between our two countries will provide.

The signing of this agreement means we can continue to build on the excellent business relationships that we have with our friends in the UK. It enables us to focus on nurturing long-term partnerships with existing clients, while also offering attractive cost-effective terms to potential new customers.”

The trade agreement was signed by UK International Trade Secretary Liz Truss and Turkey’s Minister for Trade Ruhsar Pekcan during a video call on 29th of December.

Liz Truss said: “Today’s deal covers trade worth more than £18bn, delivers vital certainty for business and supports thousands of jobs. It paves the way for a new, more ambitious deal with Turkey in the near future, and is part of our plan to put the UK at the centre of a network of modern agreements with dynamic economies.”

Ruhsar Pekcan said: “This is a historic day for Turkish-UK relations. We are taking the first step towards further deepening our ties while maintaining 25-year gains from the Customs Union, referring to Turkey’s 1995 Customs Union with the EU, which the UK left on 1st of January. “

She continued: “With the new deal, Turkey and the UK are pleased to meet business people’s expectations and to keep our promises.”

The UK is Turkey’s second largest export market, worth around US$11bn a year and without the agreement about 75 per cent of Turkish exports to the UK would have been subject to tariffs, as would many UK goods exported to Turkey.

Named Odin of Scapa and Thor of Scapa by their new owners, the twin sisters measure 32m x 13m x 5.5m and are both powered by two Caterpillar 3516C main engines, each providing 2,350kW. Propulsion comes from two Kongsberg Maritime US255 Z-drives.

The third Sanmar tug delivered to a UK operator last year was the newbuild ASD 70 tonnes bollard pull Bogacay class tug Queensferry operated by Targe Towing for INEOS at the Forties pipeline system marine terminal at Hound Point on the Firth of Forth in Scotland. 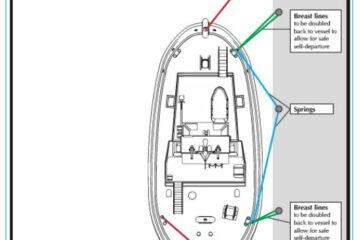 BTA Welcomes MCA Publication of MGN on Self Mooring Operations

The Conference, titled “Creating Pathways to 2030” will look at strategic objectives and issues for the shipping industry for the next 10 years and beyond and attendance is complimentary for BTA and Chamber members. The Read more… 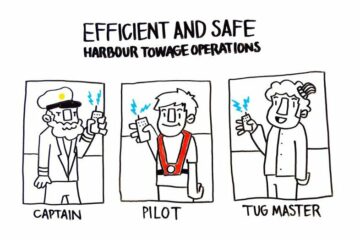 The European Tugowners Association in collaboration with the European Maritime Pilots Association launched a joint animation detailing the importance of efficient and safe harbour towage operations for all port users. Proper exchange of information between Read more…