Calls for Expression of Interest for Small Vessel Engineer Apprentices

As announced, the BTA strongly welcomed the Institute for Apprenticeship’s approval in March 2022 of a new apprenticeship for Small Vessel Chief Engineers. The apprenticeship leads to MCA certification as a small vessel chief engineer – Chief Engineer Officer, less than 9000 KW, less than 3000GT, unlimited area STCW Reg III/2 – in line with what is currently MIN 524.

The Trailblazer group which worked on the proposals was chaired by Jon Hawkins of Boluda Towage, the BTA’s Technical Chairman, with membership covering tug, workboat, fishing, Royal Navy, superyacht and other interests, and support from both the MCA and colleges.

The apprenticeship will be four years long for someone starting from scratch and a funding band of £16,000 has been awarded for it. Full details including the occupational standard and End Point Assessment may be found via the IfA’s website: https://www.instituteforapprenticeships.org/apprenticeship-standards/small-vessel-chief-engineer-v1-0

Two colleges (Fleetwood Nautical Campus & South Shields Marine School) have approached the BTA via the International Association of Maritime Institutions (IAMI) stating their intent to offer the apprenticeship and asking for employers to contact them with expressions of interest and potential candidate numbers.

Members are invite to submit their expressions of interest to:

This SVE apprenticeship is for operators in England only; arrangements are different across the UK, and if there is sufficient demand in Scotland (or, probably less likely elsewhere in the UK), it is possible to create equivalent apprenticeships there too. Self-funding is also potentially available for operators wishing to make use of the route but not benefit from the funding.

The BTA is aware that some operators are experiencing a distinct shortage in engineer availability and recruitment and whilst this route will not immediately solve the current ongoing issue, it is hoped it will add numbers going through training and certification.

Any queries or comments should be addressed to the BTA Secretary, Robert Merrylees, rmerrylees@ukchamberofshipping.com 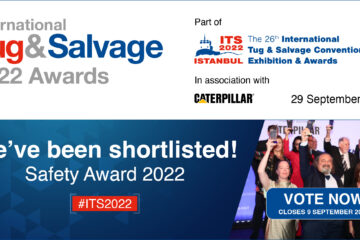 The British Tugowners Association is proud to be a supporting organisation for the 26th International Tug & Salvage Convention, Exhibition and Awards in Istanbul on 28-30 September. The BTA welcomes the thought leadership, innovation and Read more… 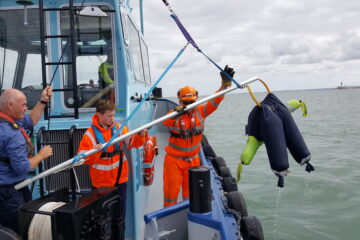