In 2018, the MCA commissioned Solis Marine Consultants and Frazer Nash to carry out a study into the pollution from shipping risks in the UK Exclusive Economic Zone (EEZ) and emergency towage provision. That work was been carried out and finally published on 1 September 2020. The report was initiated from a recommendation by the Marine Accident Investigation Branch to assess the risk to and from shipping in the Dover Strait, following their report into a shipping incident in November 2016.

Until 2011 the MCA operated four Emergency Towage Vessels (ETVs) as a risk mitigation measure for counter-pollution purposes. In 2011 a decision was made to remove these vessels to a single unit in Scotland. MCA responsibility to periodically review the provision and need for ETVs in UK EEZ, hence study seeks to quantify the risk of pollution from shipping transiting the UK EEZ and understand the impact of ETVs as risk reducing measures. Report notes that whilst ETVs reduce the risk of pollution incidents they do not offer a comprehensive preventative measure.

The study used a variety of data sources including quantitative AIS and MAIB incident data, as well as qualitative engagement with the BTA and CoS as well as wider industry and public. The study involved a Cost-Benefit Analysis (CBA) of various options for emergency towage provision around the UK EEZ, basing the CBA of two sets of assumptions, “realistic” and “pessimistic” scenarios. The CBA seeks to ascertain the value for money the ETV investment represents when compared to the economic benefit of reducing the risk of pollution from shipping.

The realistic scenario included Pragmatic Risk Likelihood and Consequence, based on current norms reflecting changes in shipping from 1994 to 2019.

The pessimistic scenario included High Risk Likelihood and Consequence, based on historical market norms of 1994 at the time of Lord Donaldson’s original report.

The CBA considered three options under both assumption sets, namely:

The CBA found under the realistic scenario that no Areas of Interest resulted in a positive Net Positive Social Value or Benefit Cost Ratio for any option.

The CBA found under the pessimistic scenario that three Areas of Interest resulted in a positive NPSV and BCR, namely Dover Strait, South West Approaches, and St George’s Channel.

The realistic scenario is reflective of the current conditions found with the EEZ, citing improving reliability and safety of vessels (most notably the legal requirement for double hulled tankers), and study concludes that there is no CBA justification for the employment of ETVs within the UK waters.

The study finds that whilst historical presence of an ETV could be justified, the nature of shipping has changed since 1994 and risk reduced, due to changes in technology, design, operation and safety awareness of shipping.

The report finds that South West Approaches would benefit most (albeit NPSV and BCR scores below 1.0) from an ETV driven by the long coastline, high shipping traffic volumes, high dependence on the marine economy and UNESCO world heritage coastline status. Reports also comments that provision of an ETV in Scottish waters should be considered due to the high dependency on the maritime sector and relative lack of economic resilience in certain geographic areas.

The report is caveated that its conclusions are solely based on the counter pollution benefits of employing ETVs, other aspects of their deployment, e.g. saving lives, and secondary functions, may present additional benefits but were not considered within the scope. Furthermore, options around shared ETVs with other nations and other arrangements were not modelled but seen as worth further examination.

The report is part of an ongoing assessment for the future provision of ETVs, with the MCA is now engaging with ministers to assess the implications of the report’s recommendations. The BTA and Chamber of Shipping CoS will consider the findings of the report and offer whatever support to members and Government reqested. 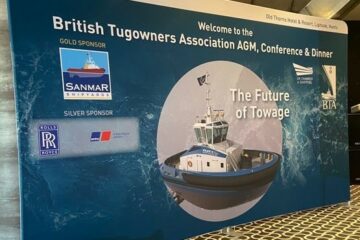 Attendees are able to review those presentations made available from the Annaul Conference held on 11 May at Old Thorns, Liphook. Please contact BTA Secretary, Robert Merrylees, rmerrylees@ukchamberofshipping.com to avail. With warm thanks to the Read more… 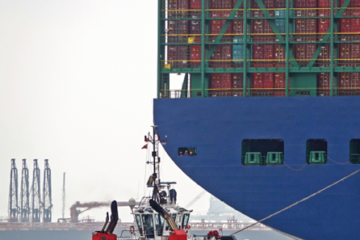 The British Tugowners Association (BTA) in collaboration with the UK Chamber of Shipping has launched its new Pilots’ Pocket Guide and Checklist. Harbour towage is a potentially hazardous business and should not be undertaken unless Read more… 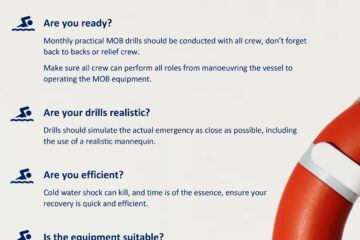 The British Tugowners Association jointly co-hosted with the Workboat Association a open safety forum as part of Seawork Connect, to discuss recovery of persons from the water.  The panel discussion, which took place on 6 Read more…